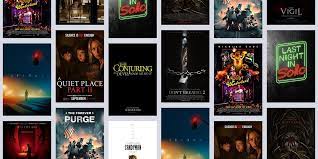 If you were on RT a week and a half ago, you might have noticed a poll we were running to decide the Scariest Movie Ever. We compiled a list of 40 of the scariest movies ever made based on existing lists and suggestions from the RT crew and asked you to vote for the one that terrified you the most.

A British broadband provider comparison website, as so happens, decided to perform a science experiment to find out the same thing, and the results were startling, to say the least. Given below is a list of the best horror movies divided into different groups.

You might want to see a horror film if you want everything to hit you all at once from the comfort of your own home. Horror films can be one of the most thrilling experiences you can have while merely sitting and eating some popcorn, thanks to chilling sound design, haunting music, properly utilized camera angles, low lighting, and a terrific monster/villain/creature/ghost.

Velvet Buzzsaw is a gory frolic of jump-scare antics and well-known celebrity cameos that may be regarded as a satire on the genre as well as the art-buying industry. The freshly discovered art of unknown artist Ventril Dease is going to get you if you prefer art commerce over art excellence. 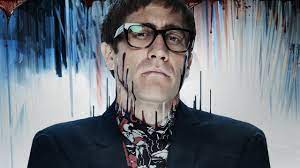 Director James Wan’s The Conjuring blends all that makes a film scary and delivers just that through the classic horror film uses of cinematography, sound design, lighting, and music. Due to the horrors that occurred in that house, two paranormal investigators and demonologists named Ed (Patrick Wilson) and Lorraine (Vera Farmiga) Warren is asked to investigate the Perron household, where spirits, unlike anything they’ve ever seen haunt and torment the family.

Based on Stephen King’s eerie novella, 1922 is a terrifying psychological thriller with a career-defining performance from Thomas Jane. When a farmer’s wife threatens to abandon him and his bleak farm for the city, Wilfred (Thomas Jane) persuades his son to help him murder her, and they both pay the price. It is one of the best psychological horror movies. 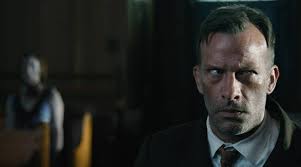 Pan’s Labyrinth is an inventive fairy-tale horror film directed by Guillermo Del Toro. It’s not the scariest on the list, but it’s worth seeing for its intriguing premise and symbolism. Ofelia’s (Ivana Baquero) mother has recently married a nasty military captain, who forces the family to live with him in a village where mysterious figures emerge from a nearby labyrinth to entice Ofelia into her alleged destiny. 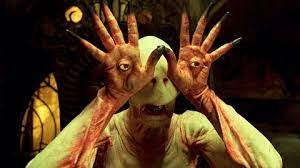 Vampires vs. the Bronx is a surprisingly successful blend of humor and horror, leaning a little heavy on the former but with sharp cultural knowledge. A group of teenagers comes together to preserve their area from the ravages of poverty and crime, which is only made worse by the growing knowledge that gentrification is being carried out by vampires who feed on blood. 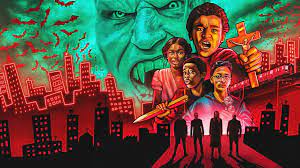 With a fresh and succinct plot of gripping nature, Hush succeeds in building ever-increasing suspense that leads the over-saturated home-invasion horror sub-genre to the top of the charts. A deaf and mute writer determines that the best place for her to work is alone in a forest house, which is also the ideal location for a crazy stalker to have his terrible fun. 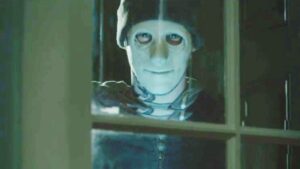 Sweetheart is an isolated horror film that harkens back to old monster movies with a modern flair, and it boasts a refreshingly unique cinematic monster. When Jenn finds herself alone on a lonely island, she quickly learns that the night brings with it a threat that comes to feast. 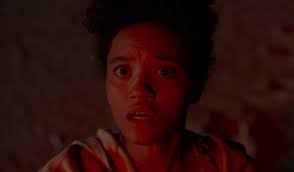 His House is a psychological thriller that features some very surprising twists in a truly terrifying way. It is a new horror film with a lot to say about the refugee issue and racial inequities. A couple flees their home in South Sudan and narrowly avoids death to be granted asylum in England, where they must live in a government-selected home that turns out to be eerily terrifying. 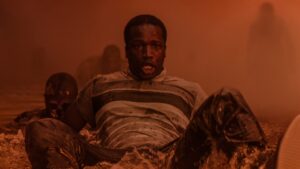 These were the best horror movies on Netflix.

If you have an Amazon Prime membership, you can watch that last one without paying anything more. Not only does Amazon Prime Video include a handful of original horror films worth watching—including several from horror director Jason Blum’s upcoming “Welcome to the Blumhouse” series—but it also has a continually rotating selection of terrific films to suit every horror mood.

These are the best horror movies on Amazon Prime:

This is a true classic. Some could say that Ridley Scott’s original Alien—arguably the best film of his long and illustrious career—leans more toward science fiction than horror. But, with its long stretches of dread and anxiety, this one nails the most crucial aspects of what makes a horror film, well, work. 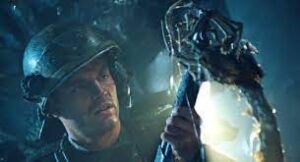 For any horror enthusiast, this is another must-see. Anyone expecting director John Landis to make a sequel to 1978’s Animal House was certainly on board for the first half of this 1981 classic—when it’s simply two pals traveling through Europe—and then surprised when things take a dark and unexpected turn. 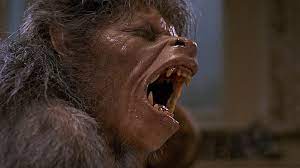 Rear Window is a triple masterpiece, as it is an Alfred Hitchcock film, a Jimmy Stewart film, and a voyeuristic film. While Disturbia from 2007 is good and The Woman in the Window from 2021 is bad, Rear Window is the finest “something fishy is going on across the street” film of all time. 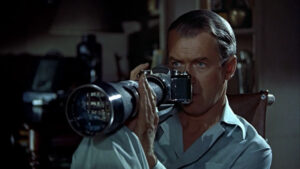 While 2018’s Hereditary helped him break into the mainstream, it was the following year’s Midsommar that cemented Ari Aster’s place as a modern horror icon in the making. Midsommar tells the story of a young woman who, after experiencing a horrific family tragedy, joins her half-assed boyfriend on a trip with his friends. It is one of the best recent horror movies. 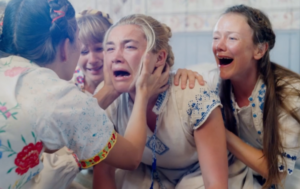 The Lighthouse is number five. While making this gloomy, black-and-white, somber ode to creepy old monster movies, Robert Pattinson did a lot of things, including keeping “The Streak” alive. (Unfortunately, that streak did not carry over to Tenet.) However, this film about a young man (Pattinson) and an elderly man (Willem Dafoe) who are trapped at a lighthouse and slowly losing their marbles is aimed at a wide audience.

It’s a character-driven, slow-burning film, but one in which something truly bizarre happens just frequently enough to keep you interested. This is one of the best new horror movies.

It is one of the best horror movies on Prime.

Our selections range from borderline comedies to serious award candidates, with cult classics, nostalgia bombs from the 1980s and 1990s, and lots of more recent releases. If these terrifying horror movies on Hulu are too much for you, check out our lists of the best kids’ movies of all time, Halloween movies for kids, and the best-animated movies for more family-friendly entertainment.

These are the best horror movies on Hulu:

A cult of killer youngsters in rural Nebraska is the subject of this 1980s horror picture based on Stephen King’s 1970s short story. Start here, and if you like it, there are six more books in the series!

If you enjoy a little light relief with your scary horror films, here is the place to go. A subterranean tremor in Piranha releases carnivorous fish from the prehistoric era into Lake Victoria, a famous spring break destination. Elisabeth Shue portrays a local cop who is attempting to save the day.

This horror film from 1999 produced a slew of made-for-TV sequels. The plot revolves around a 30-foot-long crocodile that threatens a fictional Maine lake — and the people attempting to catch or kill it. Bill Pullman, Bridget Fonda, Betty White, Mariska Hargitay, and others are among the cast members.

Has there ever been a more iconic horror film than Friday the 13th? In this film, a teenage Kevin Bacon plays a group of counselors who are hunted and slain while attempting to revive a summer camp that was the location of deathly horrors years earlier.

Hulu allows you to view this Oscar-nominated film from the comfort of your own home (it won four Oscars, including best picture). The film revolves around a symbiotic relationship between two families: the wealthy Parks and the impoverished Kims. Though not strictly a horror film, this one does get unsettling — and there are some huge thrills to be had. This is one of the best Korean horror movies. And it is also one of the best new horror movies.

It’s no wonder that Stephen King’s stories keep cropping up on our list. James Caan and Kathy Bates star in this adaptation of Stephen King’s novel about an injured novelist who becomes confined with a deranged admirer. Even if you haven’t seen this classic film, you’re familiar with the chilling “hobbling” sequence.

Best Horror Movies Of All Time

Given below is a list of the best classic horror movies of all time:

You may or may not agree that The Exorcist is the scariest film ever made, but it’s surely no surprise that it’s at the top of our list, with 19 percent of all votes given. The adaptation of William Friedkin’s eponymous novel about a demon-possessed infant and attempts to exorcise said demon became the highest-grossing R-rated horror picture ever and the first to be nominated for Best Picture at the Academy Awards. It is one of the horror movies.

Apart from its critical and economic success, the picture is well-known for the enormous frenzy it sparked across the country, from protests over its contentious subject matter to audience complaints of nausea and fainting. It is one of the best horror movies ever.

Ari Aster’s feature directorial debut, a dark family drama on the nature of loss couched within a supernatural horror picture, created a big splash. Toni Collette’s slowly-ratcheted-up-to-11 performance as befuddled mother Annie earned her a place in the pantheon of epic Oscar snubs, but the film’s biggest shock came courtesy of.

We won’t give anything away here. To say the least, Hereditary struck such a chord with viewers that it immediately elevated Aster to second place on our list as a director to watch.

Countless Stephen King novels and stories have been adapted for the big screen, and several of them, such as Carrie, Misery, and Pet Sematary (not to mention non-horror films like The Shawshank Redemption and Stand By Me), are now considered masterpieces. But Stanley Kubrick’s adaptation of The Shining is unquestionably the best of them all.

The Shining is a masterpiece of set and production design as well as a very unsettling take on the typical haunted house theme, with a slew of memorable images and an iconic Jack Nicholson performance.

While the top four films on the list received a combined 42 percent of all votes cast, they were followed by six films that each received roughly 3% of the vote. The first is Tobe Hooper’s low-budget slasher, which is largely based on the crimes of Ed Gein and directed and co-written by him.

It’s always a challenge to take something that works well in one culture and try to translate it well into another, but Gore Verbinski did it with The Ring. Verbinski’s adaptation of Japanese filmmaker Hideo Nakata’s famous horror about a cursed VHS preserved the original film’s remarkable visual picture — the ghost of a young girl in a white dress with long black hair hiding her face — and found that it terrified audiences worldwide.

While the film wasn’t as well-received as its predecessor, it has a committed performance from Naomi Watts, who was still relatively unknown. It is one of the Japanese horror movies.

Horror is a very creative genre. Even after getting experimenting so many times, it still feels the resembles the same freshness. You can always binge-watch the movies provided in this list. We hope we have provided you with the best horror movies to stream for tonight.